MEMPHIS, Tenn., Aug. 19, 2022 /PRNewswire/ -- Simmons Bank announced today the addition of veteran banker Maurice Butler as SVP, director of community Development.  Butler will oversee the delivery of the bank's CRA plan that encompasses community affairs and the development of financial products and solutions designed to support the needs of low-and moderate-income communities. In addition, Butler will oversee the bank's Community Affairs Officers, a team focused on aiding underserved and emerging communities across the bank's six-state footprint. In this role, Butler will also work closely with Martie North, Simmons' SVP, Community Impact and CRA Strategy. 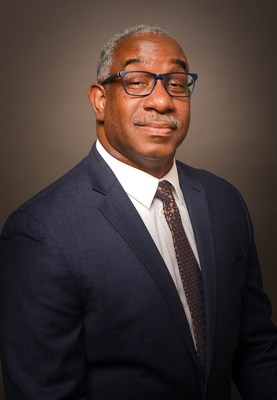 "Maurice has a wealth of experience in the banking industry," said Joe DiNicolantonio, EVP head of consumer and business banking. "His connections to the region, paired with his track record, make him an exciting addition to the Simmons' team. We look forward to Maurice taking the lead and connecting communities to the products and services offered by Simmons Bank."

With nearly 30 years of experience in the financial industry, Butler most recently served as the SVP, market manager of West Tennessee for a regional bank in Tennessee. Butler received a bachelor's degree from the University of Alabama at Birmingham and is a graduate of the Consumer Banking Association Executive Bank School at Furman University in South Carolina. He also completed the Management Development Program for Executive Education at Georgia State University.

Simmons Bank is a wholly owned subsidiary of Simmons First National Corporation (NASDAQ: SFNC), a Mid-South based financial holding company that has paid cash dividends for 113 consecutive years. Simmons Bank operates more than 230 branches in Arkansas, Kansas, Missouri, Oklahoma, Tennessee and Texas. Founded in 1903, Simmons Bank offers comprehensive financial solutions delivered with a client-centric approach. Simmons Bank was named to Forbes list of "America's Best Banks" for the second consecutive year and was recently named to Forbes list of "World's Best Banks" for the third consecutive year. Additional information about Simmons Bank can be found on our website at simmonsbank.com, by following @Simmons_Bank on Twitter or by visiting our newsroom.

You are leaving the Simmons Bank web site. Simmons Bank does not provide, and is not responsible for, the web site’s content or performance. Simmons Bank suggests that you consult the Privacy Disclosure on the site for further information.